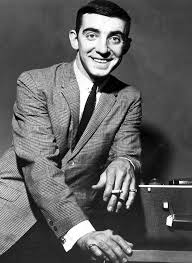 Johnny Ginger (Galen Grindle) was born in Toledo, Ohio. His parents, Ray and Edna, were a Vaudeville family act performing at the Paramount Theater in Toledo. His brother, Kenny, was a tap dancer in the family act. One day they brought little Johnny up onstage to sing "Sonny Boy" and he was an instant hit. As a teen he performed stand-up comedy in clubs all over Toledo, Detroit, and Canada. 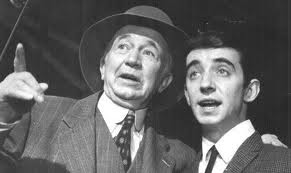 
Johnny had been working as a comedian under the name Jerry Gale when he auditioned to present a program for WXYZ-TV based around re-runs of The Three Stooges. Given the role, WXYZ vice president John Pival insisted that he work under the name Johnny Ginger, the name is taken from a bottle of Johnny Bull Ginger Beer. 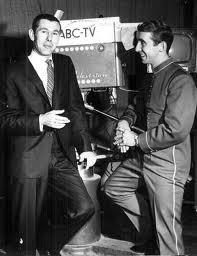 The live portions of the show were broadcast all around the television station, with Ginger in his janitor costume of bib-overalls and driving cap. By the early 1960s Johnny adapted a new character inspired by the Jerry Lewis film The Bellboy, that of the head bellboy at the Rocky Plaza Hotel, run by Mr. Rocky. Johnny did every voice on his show. Soupy had a support team...Johnny wrote and performed the show entirely alone.  The show became The Johnny Ginger Show. 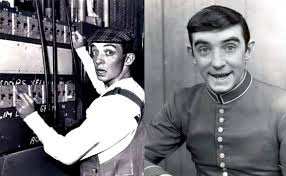 He introduced a new generation of kids to The Three Stooges and even played the part of Billy The Kid in the Stooges last film, The Outlaws Is Coming.


Johnny Ginger was in my opinion, the REAL DEAL...He didn't fake it for the kids..we knew he genuinely cared about his little fans. Johnny and I have been talking a lot by phone and he has told me many times how outraged he felt seeing other celebrities mistreat their fans.  He has never disrespected one of his fans. 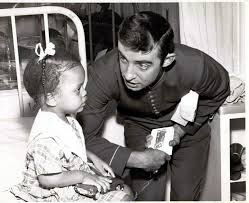 He visited many sick children in hospitals on his own time and dime. You can see the genuine concern in his face for this little girl in the photo above. My sister Patti and I watched his show every day before school for years.. all my school friends did too.  Lots of the boys tried to copy his dance moves and comic style but there is only one Johnny Ginger..


Johnny told me that he does write his shows in advance but they flow like improvisation.  His mind works faster than any normal humorist.  In Johnny's world he plays all the roles.. The voices just flow into each other as do his songs.

LISTEN TO THE FUN SHOW JOHNNY GINGER MADE FOR ME

Johnny was close friends with Soupy Sales..It took awhile for Soupy to warm up to the seriously funny and energetic young Johnny.  Some serious competition me thinks...But eventually they performed together a lot. 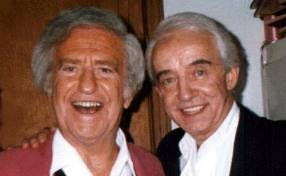 Johnny does a great impression of Soup..


Johnny was a real life gunslinger... he was a 45 quick draw champion....He is so great in western parts. 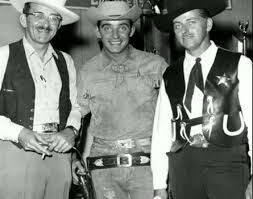 Johnny left Detroit for Hollywood and appeared on a great episode of The Rifleman.

Obviously I am not one of the boys in the photo below but that is what we did back then... we sat on the floor as close as we could get to the TV.  No wonder we're all blind now! 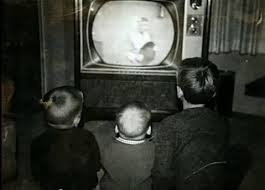 The many kiddie shows back in this time were vehicles to promote cartoons and products.  We suffered through pitch after pitch to get to the cartoon. Mickey Mouse Club was really tough to watch.. We loved the Disney cartoons so we watched patiently to see them. With Johnny Ginger we really found him interesting and funny! We endured the cartoons to get to back to watching Johnny! Truth!


The Johnny Ginger Show was canceled in 1968. Ginger went on to host Captain Detroit for WKBD-TV. 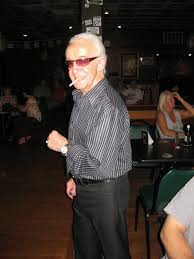 
Johnny lives in his hometown in Toledo now and is very close with his 7 kids! OY... They love him dearly as do I. He and I get on the phone for hours and crack each other up!  I laugh out LOUD at him still! Hardly anything makes me really crack up but Johnny stills does such fun streaming routines...

At the end of every Johnny Ginger show he signed off with goodbye to Mom, Dad, Patti and All... We all thought he was talking to us. Me especially having a sister named Patti.

So it was such a thrill that Johnny and his son Sean made this goodbye clip for me!

SEE YOU REAL SOON JOHNNY!! WE ALL LOVE YOU XK
Posted by Retro Kimmer at 5:11 AM 3 comments: